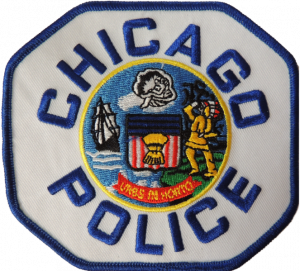 The first loss of a Chicago police officer linked to COVID-19 will be considered an on-duty death, police leaders said Friday, giving the officer’s family access to special financial benefits.

Interim Chicago police Superintendent Charlie Beck announced that decision at Police Headquarters during an event to thank donors whose contributions have aided officers during the outbreak.

The officer, Marco DiFranco, 50, died early Thursday at Advocate Lutheran General Hospital in Park Ridge, according to the Cook County medical examiner’s office. He was assigned to the citywide narcotics unit and was hired as a Chicago cop in 1998, police said.

Beck did not say how DiFranco contracted the disease. But he said the determination of classifying DiFranco’s death as in the line of duty comes as the officer and other first responders have been tasked with working in conditions that can put them at greater risk of becoming infected than the general public.

Recipients of line of duty death benefits receive the deceased officer’s annual salary for a year from the time of the officer’s death, and pending approval of the City Council, the spouse and any children under 26 would get health care benefits, according to the mayor’s office. From there, the officer’s family would be eligible to receive the officer’s pension, pending approval from city’s police pension fund, the mayor’s office said. CPD also gives the deceased officer a full honors funeral, which in DiFranco’s case would be planned around social distancing restrictions, CPD said.

What’s more, the Chicago Police Memorial Foundation plans to give … click here to read the full article from the Chicago Tribune.