We are lawyers and we pride ourselves on doing things the old-fashioned way and dotting every “I” and crossing every “t”. Lawyers have been using legal pads since the 19th century. We now live in an age of computers. Our office size will eventually shrink as we have less paper to store. We already scan all medical records we receive, and we send most correspondence by e-mail. The Illinois Workers’ Compensation Commission now has all documents filed electronically through their CompFile system.

In the years since Harold Katz and Irv Friedman became partners in 1954, we have seen the advent of the fax machine and computers for typing letters and then for storing data. We have gone from fishing in our pockets for change to call a client to relay a settlement offer to making that call on a cell phone and then texting or emailing the terms to our secretary in the office.

We strive to retain the accessibility of the old-fashioned country lawyer who will meet you in your town, at your union hall or even in your home while keeping current and using technology to make life better for our clients.

END_OF_DOCUMENT_TOKEN_TO_BE_REPLACED

Volkswagen is recalling more than 246,000 SUVs in the U.S. and Canada because faulty wiring harnesses can make them brake unexpectedly, sometimes while in traffic.

The recall comes three days after The Associated Press reported that 47 people had complained to U.S. safety regulators about the problem, some reporting nearly being rear-ended by other vehicles. Many reported that warning lights and alarms would go off, the driver’s side windows would roll down and the SUVs would suddenly brake while in traffic.

Volkswagen says in documents posted Friday by The National Highway Traffic Safety Administration that the recall covers certain Atlas SUVs from the 2019 through ….

END_OF_DOCUMENT_TOKEN_TO_BE_REPLACED

DETROIT — Drivers of bigger vehicles such as pickup trucks and SUVs are more likely to hit pedestrians while making turns than drivers of cars, according to a new study.

The research released Thursday by the Insurance Institute for Highway Safety points to the increasing popularity of larger vehicles as a possible factor in rising pedestrian deaths on U.S. roads. The authors also questioned whether wider pillars holding up roofs of the larger vehicles make it harder for drivers to spot people walking near the corners of vehicles.

END_OF_DOCUMENT_TOKEN_TO_BE_REPLACED

The 1st District Appellate Court recently reversed a finding that a workers compensation insured lacked coverage due to the insured’s lack of cooperation with the insurer’s investigation of an employee’s alleged injury.

END_OF_DOCUMENT_TOKEN_TO_BE_REPLACED

On February 10, 2022, Congress voted in favor of the “Ending Forced Arbitration of Sexual Assault and Sexual Harassment Act of 2021”. President Biden is expected to sign the legislation into law in the near future. Just as the title indicates, this Act allows victims of sexual harassment and/or assault in the workplace to file lawsuits in state or federal court, ending the commonly used practice of employers forcing these types of claims into mandatory, confidential arbitrations. The law further renders any prior agreement to waive the right to proceed as a class or joint action unenforceable.

Typically, in Illinois when an employee is subjected to sexual harassment and/or assault at work, he or she will file a charge with the Equal Employment Opportunity Committee and/or the Illinois Department of Human Rights, the state and federal agencies assigned to investigating these types of charges. If the charge is not resolved during that process, he or she will have the right to proceed to file a lawsuit in state or federal court. However, prior to this law’s passage, if the employee had signed an employment agreement prior to the incidents in question, he or she may have waived the right to file a lawsuit in court. Instead, the only option is to proceed to a private, confidential arbitration. It is estimated that over 60 million workers in the United States have waived this right as part of their employment contracts.

Most of the time, employers want to keep these types of lawsuits out of the court system and in private arbitration. These arbitrations typically proceed quickly, allowing for less time to prove the facts, and are less expensive for employers. Arbitrators often award lower damages than judges or juries award. The appeals process is typically much more difficult after arbitration than it is after a trial in court, and most cases end after the arbitrator’s decision has been rendered. If there are multiple victims of sexual harassment and/or assault pursuing their claims against the same employer, they must pursue those claims in separate arbitrations instead of as a class or jointly. Finally, and very importantly, arbitrations are almost always confidential, meaning that neither the general public, nor other victims, will know the outcome of the arbitrations. After the #MeToo movement, this is arguably very important to many employers.

END_OF_DOCUMENT_TOKEN_TO_BE_REPLACED

Sometimes, in marketing material, an auto accident attorney might advertise a commitment to getting you “everything you deserve.” That may refer to things like seeking forms of damages beyond just lost wages and medical expenses, like pain-and-suffering or punitive damages. If you are someone who was injured in a workplace accident, you also have a strong need for an aggressive Chicago injury attorney to help you get “everything you deserve” as, in your case, it may involve much more than pleading alternate forms of damages.

In your workplace accident lawsuit, reaching an outcome where you get a full recovery may involve doing the right “digging” to spot all the people or entities who, despite being less than obvious, still owed you a duty and are still liable to you.

Take, for example, J.F.’s unfortunate forklift accident at work. J.F. was significantly injured when, as she operated her forklift, “a storage rack filled with merchandise collapsed” onto her and her forklift, causing her injuries.

END_OF_DOCUMENT_TOKEN_TO_BE_REPLACED

According to Amazon, the introduction of robots and other AI devices was supposed to make things easier and safer for the human workers in the mega-corporation’s warehouses. In fact, Amazon still asserts that exact same thing. The statistics, though, don’t seem to mesh with that conclusion, as they point to much higher injury rates at warehouses with robots as opposed to those without robots. What we can definitely deduce from these statistics is that, at these warehouses with robots, injuries are occurring at a very high reported rate that greatly exceeds the industry average. If you’ve been hurt in a workplace accident – at your Amazon warehouse job or elsewhere – be sure to reach out without delay to an experienced Chicago workplace injury attorney to discuss your case and find out your legal options.

Back in 2019, Amazon’s CEO of consumer business told PBS that robots “make the job safer.” The Center of Investigative Journalism did an in-depth analysis of the accidents reported at Amazon’s warehouses across the country and it found that those accident reports told a much different story.

The Center, on its RevealNews.com website, revealed that Amazon’s accident reports showed that, at Amazon warehouses that ship small- to medium-sized packages, “the rate of serious injuries from 2016 to 2019 was more than 50% higher at warehouses with robots than ones without. Even when faced with those numbers, Amazon continued to stress that robots made “jobs safer and more efficient.”

END_OF_DOCUMENT_TOKEN_TO_BE_REPLACED

While the calendar says that winter lasts for about 13 weeks, here in Chicago, we often experience wintry weather for much more than just those three months. Given the size and weight of a commercial truck (especially a fully loaded one), big rigs can inflict massive harm on the snowy and icy roads around Chicago and throughout Illinois. If you’ve been hurt in an accident involving a commercial truck, whether or not wintry road conditions were a factor, then you may be entitled to sue the trucker, the trucking company, and perhaps others to recover compensation for all the harm you’ve suffered. To find out about the legal avenues available to you, waste no time in contacting an experienced Chicago truck accident attorney.

Another common source of proof is expert evidence. These witnesses, such as accident reconstruction experts and expert engineers, can provide very helpful testimony describing how the accident happened and why. However, as a recent truck accident case from federal court demonstrates, just because you don’t have expert evidence, that alone doesn’t mean you can’t win your injury case.

END_OF_DOCUMENT_TOKEN_TO_BE_REPLACED

Every US household can now order 4 free at-home coronavirus test kits through the U.S. Postal Service. The link below will take you directly to the USPS official website to place your order. 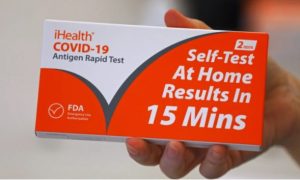 We are pleased to welcome Vitas J. Mockaitis to Katz Friedman!

Vitas is an experienced and respected trial attorney, whom for over 32 years has been fighting for the rights of injured workers. We wish him continued success as part of our Katz Friedman team.