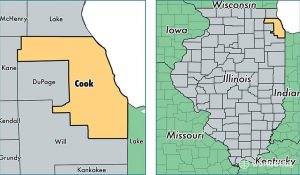 Before the recent pandemic, Amazon had come under fire for various workplace safety incidents, including one in Joliet, Illinois, involving allegations that the company delayed emergency medical treatment for a worker who suffered a heart attack and died in early 2017. In fact, a lawsuit claims that workers waited 25 minutes before calling 911. Since the fire station was only a half-mile away, it is apparent that the delay probably led to the worker’s death. What makes the allegations against Amazon even more concerning is that no AED (Automated External Defibrillator) was provided because the AED boxes did not actually have the devices inside of them. When the Joliet Fire Department arrived, the EMTs were slowed down by security and were forced to go through the much of the 1,500,000 square foot warehouse facility before reaching the injured worker, which caused him to lose precious time to save his life. Later in 2017, an Amazon forklift operator was crushed and killed at the Plainfield, Indiana fulfillment center. Regulators found out that Amazon did not provide their worker with any safety training. In fact, safety issues at Amazon were dismissed and covered up. It comes as no surprise that the state authorities issued $28,000.00 in fines. 6 other similar incidents took place between November 2018 and September 2019 at the company’s various locations across the U.S., making many people wonder if Amazon is willing to sacrifice human life for the sake of more profits.

In 2018, the Monee warehouse reported 235 injuries. The rate of injury was 2.3 times higher than the industry average. Many people in Will County are concerned about the level of safety at the five fulfillment centers located in their community, especially now with the threat of Covid-19 surrounding their loved ones as they work to supply area families with the necessities of life during this difficult time. Most people have questioned the safety of Amazon workers without masks in the local facilities, but that may change. In announcing daily temperature checks of workers and the supplying of masks, Dave Clark, Amazon’s senior vice president of worldwide operations, said via written statement”Whether it’s fulfilling orders in one of our fulfillment centers, delivering an order to a customer’s doorstep, or one of the many roles in between, I couldn’t be more proud of the critical role our teams are serving by enabling people to stay safe at home while receiving the products they need.” While these steps are certain to prevent further Amazon workers from contracting Coronavirus, time will tell if it is enough. Since Amazon already hired 80,000 of the 100,000 additional workers they need, it isn’t hard to imagine that Amazon sees its workers as easily replaceable until more drones and robots can be used to cut down on costs.

Based on Amazon’s conduct, Katz Friedman is investigating work injury cases on behalf of many distribution, warehouse, logistics, and fulfillment center workers in Monee, Joliet, Plainfield, Crest Hill, Romeoville, Waukegan, Aurora, Edwardsville, and Chicago, Illinois. We are also investigating Amazon related to its practices involving Amazon Flex delivery drivers who get hurt on the job but are unfairly denied workers compensation benefits. When making decisions regarding a work injury involving Amazon, it is wise to consult an attorney to protect your interests because Amazon has been prepared to fight its injured workers for a very long time. If you or someone you know works for Amazon and has suffered injury due their job at Amazon, the attorneys and staff at Katz Friedman are here to help with obtaining proper compensation.