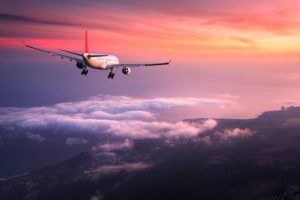 While air travel in the United States, generally speaking, is getting progressively safer, flight attendants’ jobs are still dangerous ones. Flight attendants’ exposure to injury-causing risk is inherently tied to the nature of their work; even as passengers have long been safely secured in their seats with the “Fasten Seat belts” sign on, flight attendants may still be moving about the cabin to provide service to those passengers. This places them at serious risk in the event of sudden turbulence. When you, as a flight attendant, suffer an injury due to turbulence, you have options to get the financial compensation you need. Start by reaching out to an experienced Chicago aviation accident attorney without delay.

An American Airlines flight recently served as a reminder of these sorts of potential dangers. According to a WBIR report, the flight, which was roughly 15 minutes away from landing, experienced sudden turbulence as it descended from 19,000 feet to 16,000 feet. As one passenger told WBIR, the turbulence’s severity, on a scale of 1 to 10, was a “15.”

Fortunately for the passengers, the flight crew had long since turned on the “Fasten Seat belts” sign, so the passengers were buckled in. Two flight attendants, still working on performing their duties, were not. One hit the roof of the cabin so hard that she was knocked unconscious. The other broke both her ankles, according to the report.

Even as a flight passes through the often bumpy descent phase, flight attendants are often still unbuckled and outside their seats. They may be performing final cleanup services or doing a required safety check. When they’re hurt, the injuries they suffer may cause them extensive pain, and may keep them off work for weeks or months. These injuries can include, as the recent American Airlines flight demonstrated, broken bones and concussions. A flight attendant can also be at risk of ligament and other soft tissue damage to her back, shoulder or neck in these types of accidents.

Your in-flight injury may entitle you to compensation

The legal options available to you, as a flight attendant, vary depending on the circumstances of your turbulence-related injury. If, for example, the pilots should have given the flight attendant crew instructions to get seated and buckle up, but did not, then the airline may be civilly liable for damages in court.

More often, though, severe turbulence is completely unexpected, including to the pilots. When that happens, you still have options. You may make a claim for workers’ compensation benefits. Once you have filed a timely claim and provided all the documentation and other supporting evidence required, you can receive benefits that will compensate you for the earnings you lost while out of work and the cost of medical treatment (including rehabbing your injuries.) The workers’ compensation claim process can be an intricate and complex process with many minute requirements and demands, so having an experienced advocate on your side can greatly speed up receiving your benefits, or can be the difference between approval or denial of your claim.

Even as air travel, on the whole, becomes steadily safer, flight attendants are still people who work a job that exposes them to a lot of potential danger. These dangers can lead to brain injuries, broken bones or soft tissue injuries. These injuries may entitle you, as a flight attendant, to damages from a civil lawsuit or benefits from a workers’ compensation claim. Talk to the skilled Chicago injury attorneys at Katz, Friedman, Eisenstein, Johnson, Bareck & Bertuca about how best to meet your legal needs. To set up a free case evaluation, contact us at 800-444-1525 or through our website.