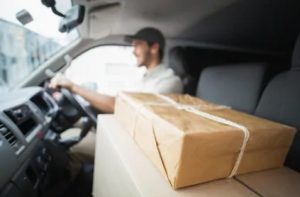 Jeff Bezos can probably take credit for changing the way people shop online more than any single person. While the road to Amazon’s dominance as a retailer certainly has been fueled by a spark of ingenuity, that same road has also been filled with many strategies designed to protect the company to the detriment of its work force. While news stories have focused on Amazon fulfillment worker injuries at its numerous warehouses across the country, many Chicago area Amazon workers face other challenges. This is especially true as Amazon uses a strategy that involves treating its Flex drivers as 1099’s or independent contractors even though they are under the direction and control by Amazon.com, Inc. as to how they are required to do their jobs. For instance, Amazon uses GPS to tell the drivers where to go after the packages are picked up. Amazon has the right to control how many blocks a driver gets, which means that sometimes a driver will not get consistent work.

Many Amazon delivery drivers may be surprised to learn that Amazon.com, Inc. does not consider them to be employees. That means that Amazon Flex drivers will be told by Amazon’s lawyers that they do not have workers’ compensation benefits when they sustain a work injury. Amazon operates very much like Uber and Lyft as part of the gig economy that uses a strategy of evading the existing laws that are designed to protect workers when they are hurt on the job. This probably is not a surprise because it is a way of saving money and passing the buck to society both by not paying for work comp insurance and by pushing the costs onto local, state, and federal governments. They also operate like many delivery companies in that they tell their drivers that they are their own boss yet control they way they do their jobs from start to finish by using an app. For example, Amazon drivers must operate under a “Block.” This means that a driver must deliver a certain amount of packages in a set time based on what the company thinks that a driver should be able to accomplish. A driver is paid the same whether they complete this block in the allotted time or not.

Certainly, Amazon Flex drivers are at a higher risk of harm than most people because they are driving through many urban and suburban areas, parking, walking to doorsteps, and doing all of this through ice, snow, sleet, and rain, especially in Illinois. It comes as no surprise that Amazon delivery drivers sustain work injuries not only in major vehicle accidents, but also in slip and fall and trip and fall accidents. In the recent weeks, there have been many concerns voiced about Amazon drivers becoming infected with the Coronavirus and developing Covid-19 illness. According a a recent Seattle Times article, Amazon is telling drivers to knock with their phones, don’t sneeze on packages, and to have customers step away from their ID’s left on the ground to avoid spreading the virus. https://www.seattletimes.com/business/amazon/amazon-gives-delivery-drivers-detailed-guidance-for-working-amid-coronavirus/ Considering the recent surge in orders and Amazon increasing the hourly rate for Flex drivers, not only will there be an increase in the number of Amazon workers hurt at work and left in the cold from car crashes, but there will probably be a surge in the number of workers who fall ill with Covid-19 who are easily and rapidly replaced by Amazon. In fact, the way that Amzaon treats its workers is very close to treating them like robots. It is expected that Amazon will proceed this way until they can replace their drivers with automated vehicles and drones. Despite what Amazon’s lawyers say, Flex drivers are covered under Illinois Workers’ Compensation law.

Katz Friedman is currently investigating Amazon work injury cases on behalf of many warehouse workers and for the Amazon Flex delivery drivers.

When making decisions regarding a work injury sustained while driving for Amazon or a car accident involving an Amazon delivery, it is wise to consult an attorney to protect your interests because it is clear that the company already has and that the situation can get very complex. If you or someone you know works for Amazon and has suffered injury due to a motor vehicle crash or work injury while making deliveries, the attorneys and staff at Katz Friedman are here to help with obtaining proper compensation.